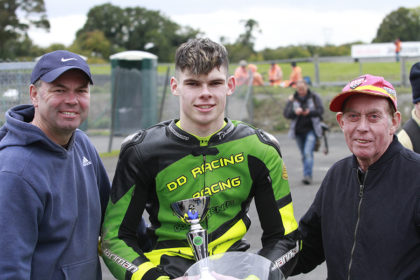 18 year old student, Michael Owens is the third generation of the Owens family to compete on tarmac.

His Dad ,Phelim,was one of the most successful lightweight riders in his day, with multiple wins on both circuits and roads. His talents weren’t just confined to two wheels, as he was equally successful on sidecars. Phelim also created his own little niche in the history of Irish road racing, when he became the ONLY person to win both an Irish National solo and sidecar road race  at the same meeting! Phelim, also equalled this feat by winning sidecar and solo short circuit championships in the same year! Young Michael certainly has a lot to live up to!!

Phelims interest in bikes was through his Father Kevin, who sadly passed away , just a year ago, and it was kevin who got young Michael interested!, by giving him a pit bike to race!

Kevin, along with his twin brother Anthony both raced all across Ireland, they never had much money,and in those days, they built their own bikes!, A check in the history books will show that both men scored wins on both circuits and roads.

In recent years, despite his age, Anthony, ( Twin brother to Kevin)  was still competing in speed events!, this time, quarter mile racing, where he has won a few championships, not bad going for a man in his 70s!

Michael, who is also a former cadet Karting champion, is also a keen footballer, and plays for his local team.

Owens junior only started circuit racing this year when he  competed in the Junior Cup class.

Mid Way through the season, Michael decided he wanted to go 600 racing!. After giving this some thought, all was agreed and Thanks to friends, a 600yamaha was sourced.

Following a track day at Kirkistown,Michael decided he would compete the following week at Bishopscourt, although,Dad thought, maybe a few more track days would be more use than jumping in at the deep end!, Anyway, they decided to go to Bishopscourt

Michael surprised himself and others by taking podium places in the Cup class.

The final rounds of the Mondello Masters,where he promptlycrashed on fri, due to having standard forks!,  then crashed again on sat morning, on second lap of practice!, ,after a chat with organizers, regarding going in pro race, , it was agreed, but had to start at back of grid!, first race, 4th in cup, second race, third in cup, third race second in cup,and  7th bike home!, did 58 second laps!, Not bad going for second time out!

Michael is looking forward to the Sunflower Trophy races, an event where Phelim scored quite a lot of success in the 125 class/

photo, Three Generations of the Owens Clan, Phelim on left, with Anthony on right, sadly, Kevin , no longer with us 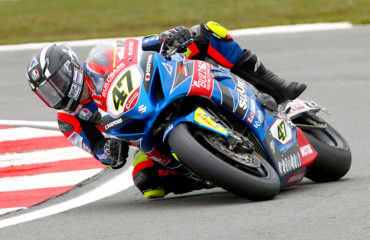 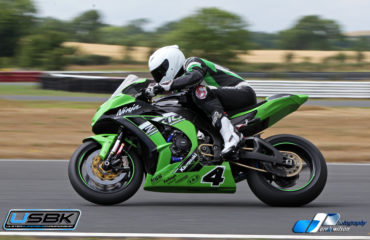 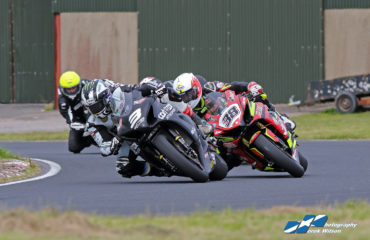