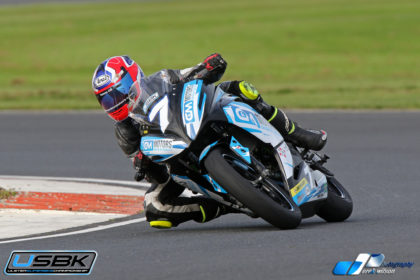 Back in 2016, a young up and coming junior moto cross rider was seriously injured in the final rounds of the Youth Moto Cross championships at Sailsbury in England, so bad was this accident, that Doctors at the hospital, told his parents, that he may never walk again!, riding motor cycles or playing Rugby would be out of question!

Not the news anyone wishes to hear!, However ,Two years on, this same lad has just won the Mondello Masters Junior Cup series, amassing an amazing 20 wins, from 20 starts! A couple of weeks ago, he was in Spain where he faced his biggest challenge to date, hoping for a place in the Coveted Red Bull Rookies Cup selection for the 2019 Moto GP series! Unfortunately, Jamie didn’t make the cut, but the experience certainly will do him good.

The rider in question is 13 year old scholar Jamie Lyons. Following his moto cross crash, Jamie suffered serious hip injuries, Following treatment on the mainland, Jamies Parents weren’t too happy with the procedures, and after discussions with specialists, it was agreed that Jamie could return home, in a removable cast, He returned home via air-med, and with no beds available at the Royal, it was agreed that he could return to his own home.

Within a week, the gritty youngster was out of cast and walking with crutches, within 4 weeks he had himself in the swimming pool and when he went back to see doctor on the 28th December he walked in unaided and shocked the doctor. So on 2nd Jan 2017 this very determined lad raced at the Evo MX at St Johns point (was supposed to be a wee run out but he won 2 of the 3 races and 2nd in the other one)!

Now if thas isn’t determination and dedication,I don’t know what is!!

Despite his success rate this year, Jamie is doing well, but will be continually monitored to keep an eye on the bone as he tore the femoral ligament. – and add to his racing, the youngster is also back back playing rugby for Omagh Academy and even did the Omagh 5km run in 29 minutes.!

Junior moto cross was still his interest at heart, until the end of the 2016 season, where, whilst still on crutches, attended the Sunflower meeting, with his Dad, who was helping out with his neighbours, the Cairns twins, It was when Paul Cairns ( The twins Father) said “we will get you racing one of these won’t need your hip for jumps” and that’s how it Jamies tarmac career started!

Following the compulsory training schools at the start of the year, Young Lyons went on to ride the Cairns Aprilia , and finished 3rd in Irish Young Guns 2017 , he also finished 2nd in MCCNI All Ireland 85cc MX championship (would likely have won but a rescheduled race clashed with the Davy Wood).

Following his transgression to tarmac, Lyons has worked hard at adapting to the different techinique of riding, This year, Thanks to the support of C&M Motors Omagh, Jamie has clinched the Mondello Masters Junior Cup Championship with Maximum points!, and heads into the final two races of the USBK Junior Cup in third place behind Cameron Dawson and Jonny Campbell.

The Sunflower Trophy race meeting which takes place on Friday 19th and Saturday 20th October,also incorporates the final round of the 2018 USBK Championships.This is a Two Day event,
Thursday 18th October ; Competitors will be admitted to the Paddock from 2.00pm,
Thursday 19th October; Spectators /Motorhomes etc admitted to Circuit after 6.00pm.
Practice and Qualifying will commence Friday 19th October @ approx 9.15 AM.
Five Races will take place on Friday afternoon.
Car Parking and Viewing on Hard Standing Everywhere.
Admission Charges;
Friday ONLY ; £15.00
Saturday ; £ 20.00 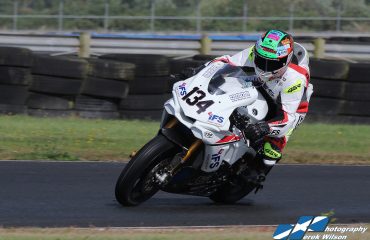 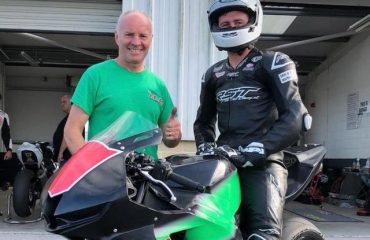 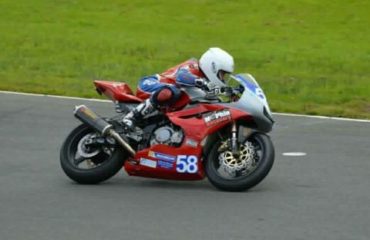