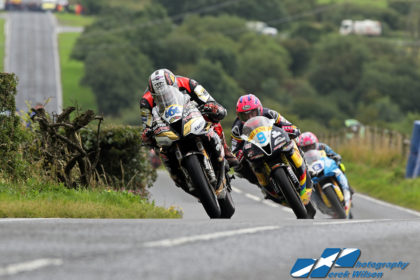 By Phil Wain, BSN at Dundrod.

Peter Hickman’s dominance of this year’s Ulster Grand Prix continued on Saturday afternoon when he swept to victory – his fourth of the meeting – in the opening Supersport race on the Trooper Beer by Smiths Triumph.

Hickman moved ahead of Davey Todd on the run towards Leathemstown on the first lap and never looked back, eventually coming home 8.3s clear of the Ashcourt Racing Yamaha of Lee Johnston. Todd held onto third despite suffering from a lack of visibility with a steamed up visor.

“I just adopted the same strategy as the Superstock race and got to the front as quick as I could,” said Hickman. “It’s the best way and although Davey got a better start than me, I slipstreamed him along the Flying Kilo and once I was in the lead, I was able to use all my own lines like earlier. It’s difficult to break away from anyone around here and you have to work really hard to do it but once I got the lead, I managed to get a two second lead and after that, I could build on the gap lap after lap.”

Hickman’s lead over Todd was 1.37s at the end of the first lap with Johnston 0.8s further back in third and Todd’s Milenco by Padgetts Honda team-mate Conor Cummins well in contention in fourth. Jamie Coward slotted into fifth ahead of Michael Sweeney whilst Mike Norbury was having a great ride from the second wave and was up into eighth.

Lap two and with the clear road ahead of him, Hickman’s lap of 118.835mph saw him extend his lead to 4.63s but it was Johnston who was now in second as Todd’s steamed up visor saw him drop into the clutches of Cummins. Coward was now in a lonely fifth as Sweeney and Derek Sheils disputed sixth.

A new fastest lap of 119.242mph on lap three enabled Hickman to double the gap to Johnston who had now pulled clear of the battle for third which saw Todd and Cummins split by less than half a second.

Hickman went quicker still on the fourth of five laps, 119.329mph proving to be the quickest of the race, and he eventually ran out victor by more than eight seconds from Johnston who, like Thursday’s 600cc race, took second place once more.

Todd edged out Cummins by the miniscule margin of 0.042s and with Coward safe in fifth, Sheils got the better of Sweeney on the final lap to take sixth. 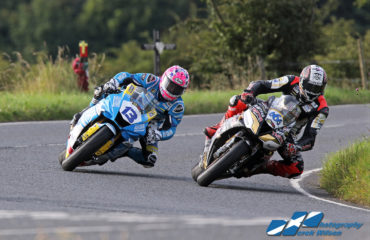 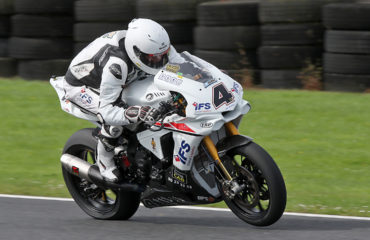 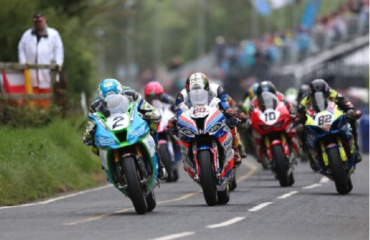