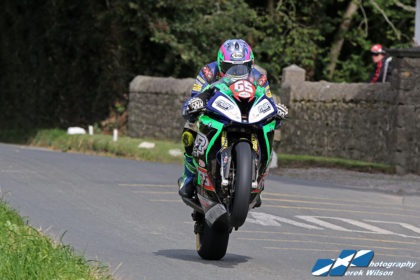 Michael Sweeney was Man Of The Meeting at the final Irish National road race of the season yesterday as the Killalane Road Races roared into life.

With 2019 Superbike Champion Derek Sheils and Derek McGee absent from the grid at the East Coast Racing Festival this weekend, Sweeney was the odds-on favourite to clean up – but he didn’t have it all his own way.

He opened his score card with a win in the Open race and Thomas Maxwell put up an early challenge leading the opening lap, Sweeney wasted no time in taking up the front spot.

Once in the lead, he was unhindered to the flag taking the win by 7.8sec ahead of Maxwell with Mike Browne third, the first supersport machine home, as Darryl Tweed and Forrest Dunn completed the top five.

Due to delays in Saturday’s qualifying after an oil spill, the non-championship Supersport 600 race was postponed until Sunday  Sweeney took his second win of the day after a close battle with Browne, the pair never more than a bike length apart as they swapped the lead throughout the duel.

At the line, the pair were only separated by 0.124sec with Darryl Tweed nabbing the last step on the podium three seconds behind the front pair.

In the second Supersport 600 race it was Browne who turned the tables and after a close duel in the opening laps with Tweed he managed to break free, taking the win by 3.6sec with early contender Tweed second and Sweeney happy enough to finish in third to earn enough points to secure the Irish Supersport title.

Sweeney then went on to another comfortable win in the Supertwin race 10sec ahead of Stephen McKnight as Tweed had another rostrum finish in third.

Mellissa Kennedy won the Moto 3/125 race and became the first female to win an Irish National road race as Sam Grief was runner up and Gary Dunlop was third. Dunlop’s third place finish earned him the Irish Championship.

Vinny Brennan won the Junior Support race by just 0.027sec in a hair-splitting battle with John Ella, while Davy Morgan was the only 250 on the grid, winning the Lightweight Supersport race with Steve Tobin second on his 400.

Tommy Henry completed his 2019 season on a high finishing second behind Frankie Stennett in the Senior Support race as the former secured himself the championship.

In the final race of the meeting, the feature Grand Final, it was Sweeney who led from the off, a lead he never relinquished as he powered to the chequered flag and his fourth win 3.9sec ahead of Maxwell, who had been battling with Browne throughout the whole race for second. 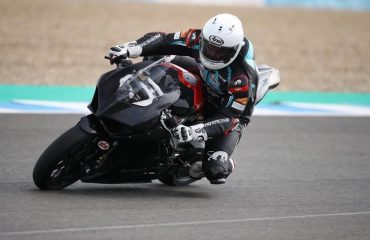 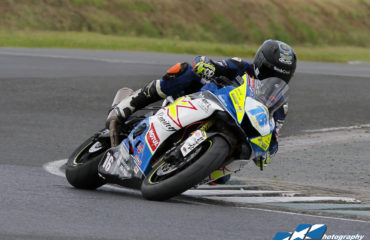 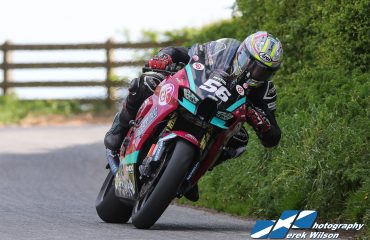