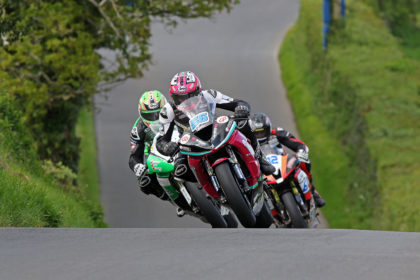 Road racing prospect Adam McLean will contest a full season in the Pirelli National Superstock 600 Championship for the first time this year after striking a deal with the Mansfield-based Binch Racing team.

McLean, who missed most of last season through injury following a crash in the Supertwin race at the Tandragee 100, has been working hard behind the scenes to regain full fitness as he prepares to make his roads comeback in 2020 with the McAdoo Racing team.

The Tobermore lad has long hankered after a full-time British championship ride to complement his road racing programme and McLean is thrilled to have finalised a deal to ride a Yamaha R6 for the English team in the Superstock 600 class.

He has a previous association with Binch Racing after riding for the team at the Classic TT in 2018, when he finished in an excellent second place on a TZ250 Yamaha in the Lightweight race behind fellow Northern Ireland racer Lee Johnston.

McLean told the News Letter: “I’m so grateful to David Binch for this fantastic opportunity because I’ve wanted the chance to do a full season in the British championship for a few years now.

“I had hoped to do a few BSB rounds last year but after I had my accident, it obviously didn’t happen. I did a round of the Superstock 600 championship at the start of 2018 and finished on the podium at Brands Hatch and that was the one and only time I raced in that class, so I’ve been keen to have another go at it and I’m really happy to have it sorted out this year.

“It’s not ideal going straight into the British championship after being out of racing for so long after my crash, but I’ve been training away and going to the hyperbaric chamber four times a week and my arm is getting stronger all the time,” added McLean, who will also ride for Binch Racing once more in the Lightweight race at the Classic TT in August.

“I’ve never raced a 600 Yamaha but the team has a good relationship with Yamaha because they run TZ250 machines at the classic meetings and they were keen to retain that involvement.”

McLean feels racing regularly on the short circuits in England will only enhance his prospects at the North West 200 and Isle of Man TT, allowing him to arrive at those events better prepared than ever.

“I think it’s fairly essential these days to have a ride in the British championship alongside the international road races,” he said.

“You only have to look at how it works for Peter Hickman and Dean Harrison and in fact there are a lot more riders who fall into that bracket: if you look at the top 10 riders at the international road races, most of them probably have a British championship ride, like Davey Todd for example and Lee Johnston.

“By the time we get to the North West 200 I’ll have a few British championship rounds under my belt as well as the Cookstown and Tandragee, so it means we should be sharp and up to speed,” McLean added.

“It will really complement my road racing commitments and I’ve been after a full-time ride in the British championship for a while now, so I’m keen to get at it.”

The Co. Londonderry rider’s sole ride in the British championship saw him finish on the podium at Brands Hatch in 2018, but McLean doesn’t expect to be on the pace straight away after being out of action since his accident last May.

“As I said the only time I rode in the Superstock 600 Championship in 2018 we managed to get a podium, but I know that it’s going to take me a while to get back into it after being out for most of last year with injury,” he said.

“I have to get used to a new bike in the Yamaha R6 as well, so the first few races will probably be tough, but hopefully as the year goes on our target is to run at the front.”

The 23-year-old intends to travel to England in the middle of March for a few weeks to test his full stable of McAdoo Kawasaki machinery prior to the start of the Irish national road racing season at the Cookstown 100 in April. 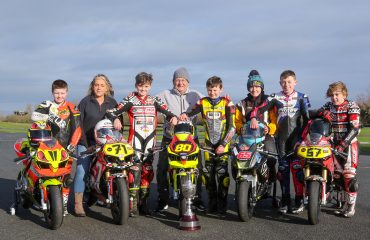 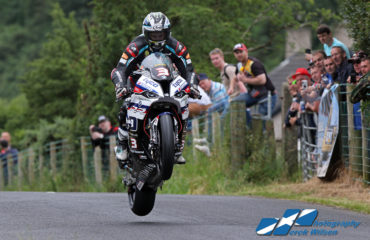