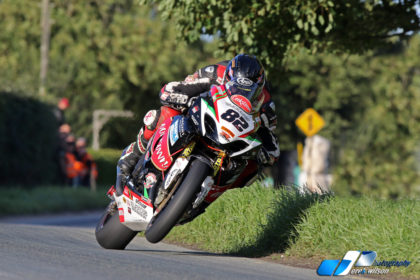 Irish and Ulster Superbike road racing champion Derek Sheils had been looking ahead to a new challenge in 2020 before the coronavirus pandemic struck.

Sheils and the Burrows Engineering Racing team parted company on amicable terms after a successful four-year association, with the Dublin rider opting to run a BMW S1000RR machine this season backing from The Roadhouse, Macau.

However, Sheils has yet to see his new machine in the flesh never mind have the chance to test the bike for the first time as lockdown restrictions remain in place.

His new BMW has been prepared by TAS Racing, but the 37-year-old accepts it will be some time before he can ride the bike in anger.

All Irish road races this year have been officially cancelled with the exception of the Cookstown 100 and Tandragee 100, but Sheils doubts whether either event will go ahead later in the year.

He told the News Letter: “It was all change for me this year and after spending a fair bit of time thinking about what I was going to do, I finally pulled the trigger and bought a BMW.

“It’s been a big outlay and I’ve had help from The Roadhouse in Macau after riding a 600 Yamaha in their colours last year.

“We’ve put a lot into the bike and it’s sitting ready and waiting after TAS did the work on it, but the closest I’ve got to it is seeing the bike in a video.

“Everything’s just shut down at the moment and I doubt we’ll see any road racing this year, but maybe we’ll get some short circuit racing done before the year is out.”

Sheils was also set to renew his acquaintance with the Penz13.com Racing team to ride a BMW at the Isle of Man TT plus the IRRC round at Frohburg in Germany, with a possible outing at the Macau Grand Prix in November also mooted. “I did a deal with Penz for the TT and Frohburg, and maybe also to ride at Macau as well,” said Sheils, who previously rode for the team at the TT and Macau in 2018.

“But everything’s on hold now and it’s even hard to see Macau going ahead at the end of the year, although they seem to be planning ahead at the moment, so we’ll just have to wait and see what happens.”

Sheils has won six of the past seven Superbike races at the Cookstown 100 since 2016 but despite the latest statement from the organisers reiterating the club’s commitment to running the race from September 11-12, he doesn’t expect to have the opportunity to add to his tally around the Orritor course in 2020.

“If the race went ahead then I’d be on the grid, but I can’t see it to be honest,” he said.

“We were talking about it this morning and for a start, each rider running a bike would have at least two lads along with him from different households.

“You’d have mechanics and helpers for each lad and it’d be difficult to keep people apart, so it’s hard to see it happening.

“I do know that we couldn’t just rock up at Cookstown unless we’ve got some mileage under out belts, that’s for certain. You’d definitely need a few test days done beforehand because nobody will have raced all year.

“I’d jump at the chance to ride the Roadhouse BMW anywhere, so we’ll just have to sit tight and see if anything happens.”

Sheils’ last competitive race outing was at the Macau Grand Prix in November 2019, when he was fortunate to escape injury in a multiple bike pile-up.

It also turned out to be his final race on John Burrows’ Suzuki GSX-R1000, albeit with both parties going their separate ways on good terms.

“John runs a tip-top team and I was happy there, but there was just something in my head all the time that was telling me I needed a BMW,” he said.

“I thought about it for a while and then I just decided to chance it, but after all that we haven’t turned a wheel yet.

“I’ve been painting windows around the house and I’d definitely rather be racing, I can tell you that!” Sheils added.

“But we’re all in the same boat just waiting to see if anything goes ahead.” 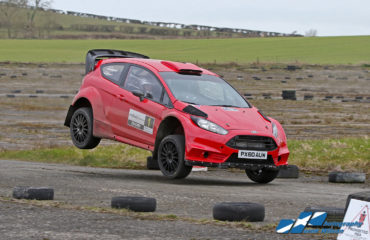 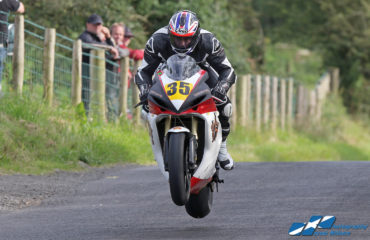 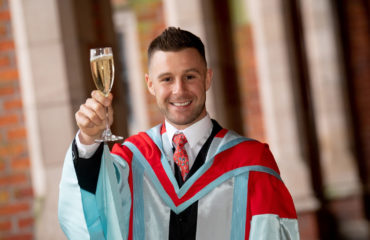