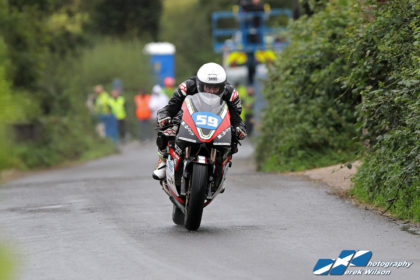 Tweed came off the M&D Kawasaki 400 in the Lightweight Supersport race on the final lap after being caught out by the wet conditions, resulting in a red flag.

It was a disappointing end to an impressive weekend for the 29-year-old, who set the fastest lap in the Supersport race as he finished second on his new Yamaha R6 behind Adam McLean.

Tweed also clinched a runner-up finish in the Supertwin race after being granted the opportunity to ride a 650cc Kawasaki for the McAdoo Racing team, completing a one-two for owners Winston and Jason McAdoo.

On Sunday, sponsor Stanley Stewart – who supplied Tweed with a new 600 Yamaha for the 2020 season – gave the News Letter an update on his condition following the crash.

“Darryl is pretty beaten up and he has a broken hip, a broken ankle and a broken heel,” Stewart said.

“He hit a bale in front of a concrete post and he just got caught out with the weather at Mackney’s corner, there wasn’t much he could do about it.

“He was taken to Craigavon hospital but they released him because they want the swelling to go down before they look at operating.”

“Darryl had a brilliant day up until then and it was really his first time out on the 600 Yamaha after spending months building the bike and then we had the whole situation with Covid as well,” added Stewart.

“He was definitely on the money and he likes the bike, so we’re hoping for big things next year. He had the fastest lap in the Supersport race and he was less than a second slower than Michael Dunlop’s lap record.

“Maybe with another couple of laps he might have had the chance to get past Adam (McLean), so it was an impressive start for a wee team from Ballymoney.”

Stewart said the extra competitiveness of the Yamaha R6 enabled Tweed to show his potential at Cookstown and he is confident there is more to come next season.

“He has taken to the bike very quickly so it’s just a pity about the crash on the 400 later in the day, but these things happen. The organisers took the right decision to call off the last Superbike race because conditions weren’t improving.

“But it was a good meeting for us and the goals for us next year are to win the Ulster and Irish Supersport Championships and hopefully we will get back to the Manx Grand Prix if it all goes ahead.” 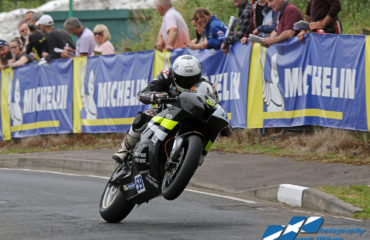 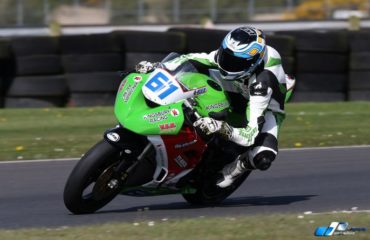 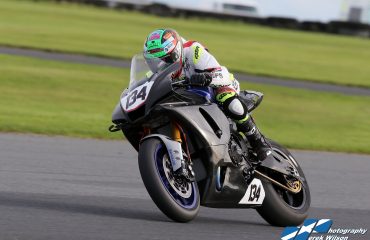