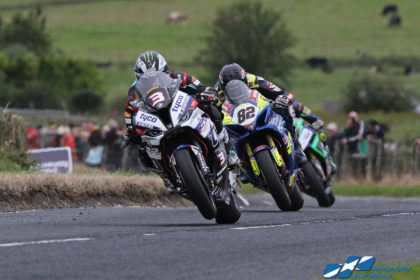 Armoy Clerk of the Course Bill Kennedy says every effort will be made to hold the Irish national road race in July.

Already, the Kells meeting in Co Meath and May’s Tandragee 100 have been cancelled as a direct result of the coronavirus pandemic, while the North West 200 is in the balance, with former Event Director Mervyn Whyte admitting to the News Letter that the race was “highly unlikely” to run as scheduled from May 11-15.

Instead, the Coleraine Club is hoping to run the country’s biggest road race from August 10-14, but there are many obstacles facing the organisers and time is running out to make a final decision one way or the other.

In December, the Isle of Man TT was cancelled for a second successive year and the New Year surge in Covid-19 cases has created a sense of pessimism for the season ahead.

However, the Cookstown 100 – the only Irish road race held during a decimated 2020 – remains on, while Kennedy says the Armoy Club is committed to running the race from July 30-31, offering fans hope that all may not yet be lost.

“The Cookstown 100 is still on and I would think that it will go in September, so it could be that Armoy will be the first road race of the year in July, but we’re also hoping that it won’t be the last and that the North West 200 will also be able to run in August,” Kennedy said.

“Our race takes in a village and it would be harder to police any big restrictions, so if it was so restrictive that it would cause problems for the club, marshals and personnel then it would be best not to run it, but we would like to run the event as close to normality as is possible. “But we may have to do things differently and we would be willing to do that, but if there are too many restrictions involved then it would be very difficult to police that,” he added.

“Myself and the directors of the Armoy Motorcycle Road Racing Club are optimistic and we will do all that we can within the law and the guidelines to get the event going. Whether that proves to be possible or impossible, only time will tell, but we will plan and be ready for it when the time comes, and it would be fantastic to see Michael Dunlop coming back to challenge for his ninth ‘Race of Legends’ victory at Armoy in July.”

Kennedy admits that the knock-on effects of the lockdown on local businesses will pose fresh challenges for the organisers of road races when it comes to securing sponsorship, acknowledging that it will be a case of ‘cutting our cloth accordingly’.

“Financially it will be a struggle for road races, there is no question about that, and we will have to cut our cloth accordingly as well,” added Kennedy, who revealed the club looked at the possibility of holding the race on August 14 before becoming aware that the North West 200 was also interested in the date.

“But we are prepared to do that and for example it may be that we would have to forget about the usual racing on the Friday night, and instead just give riders as much practice as possible and have all the racing on the Saturday. There will be a lot of things to look at but if we could get a race over us and without any debt, then that would be a success.

“We did look at the possibility of running Armoy on August 14 but when we heard that the North West 200 was aiming for that date, then we decided to stick with our July date. “If the North West 200 has a chance of running in August then we are 100 per-cent behind that.”
Tagged under: Armoy Road Races, Armoy Road Races Race Of Legends, Belfast Newsletter, Irish Road Racing, Keep 'er Lit 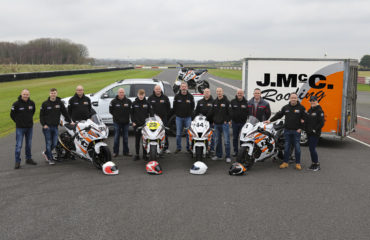 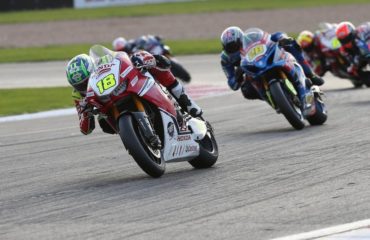 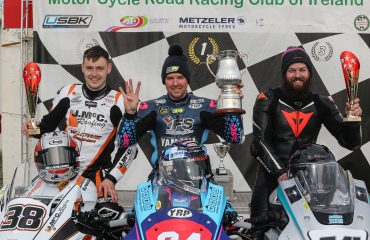