Alastair Seeley wound up the 2021 Ulster Superbike Championship in the same dominant form he has shown all year today at Bishopscourt Racing Circuit.

On a brand new IFS Yamaha R1M which he first put his leg over on Wednesday he didn’t however quite have things all his own way.

The opening superbike race saw his seasons closest rival Ali Kirk take the advantage in the opening laps but a fault with his AKR/Jason McCurry racing BMW saw him slow down on the start finish straight, quickly dropping him down the field. Seeley made the most of Kirks demise taking the lead and the win with Jason Lynn pushing hard in the final laps only 0.792 seconds in arrears, road racing champion Derek Sheils brought his Roadhouse Macau BMW home in third, Gary McCoy and Aaron Armstrong completing the top five. Kirk recovered slightly to take sixth place over seventeen seconds behind Seeley.

Race two was one of the closest battles of the season. The opening laps saw a four bike train of Seeley, Kirk, Sheils and Jason Lynn lap the 1.8 mile circuit in close formation, by mid point Lynn had dropped back leaving the leading trio to scrap it out t the flag, Seeley held his nerve and his challengers at bay to maintain his 100% record, Kirk and Sheils had a final charge to the flag, Kirk managed to hold his position with only 0.198 seconds separating the pair across the line. Lynn took fourth just over five seconds behind and Gary McCoy had another stop five finish.

With Seeley concentrating on setting up his new Yamaha R1 he sat out the supersport races. Multi 600 championship winner took full advantage of this comfortably winning both encounters Christian Elkin was runner up in both, Andrew Smyth and Jack Oliver sharing the last step on the podium.

Gary McCoy on a Ryan Farquhar KMR Kawasaki got off to a storming start in the super twin race, but while holding a ten second lead he crashed out gifting the win to jack Oliver, Michael Sweeney was runner up giving the Skerries man the points required to clinch the Supertwin Championship. Race two McCoy made amends with a comfortable victory some eighteen seconds ahead of second place Ryan Fenton, Scotsman Kris Duncan was third a further eight seconds down the road.

Duncan had a win in the second of the MOTO 3/L-Weight Supersport/250/Classic GP races Alvin Griffin won the first.

Jack Oliver was victor in the two Supersport/Superbike cup races
Ajay Carey continued his dominance in the Supersport 300/MOTO one races with another double win.

Derek O’Donnell won both the Pre injection outings and Mark Johnson and Stephen McKeown had a win a piece in the classics. 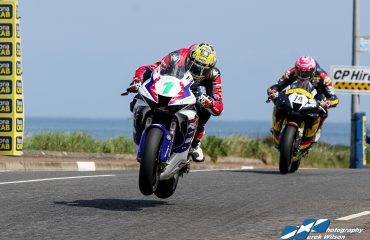 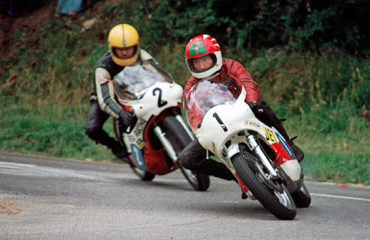 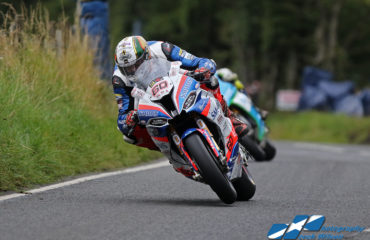