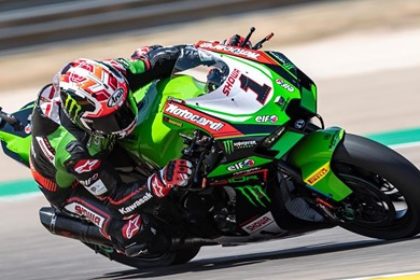 Northern Ireland’s Jonathan Rea toasted a magical 100th World Superbike victory with a commanding performance in the first race of the year at Motorland Aragon in Spain.

Rea eventually broke the challenge of his Kawasaki Racing team-mate Alex Lowes to take control of the opening race as he began his hid to win a seventh consecutive title with a perfect haul of 25 points.

He joins an elite group of riders to reach 100 world championship wins, with Italy’s Giacomo Agostini and Valentino Rossi notching up 122 and 115 wins respectively across a range of Grand Prix classes.

The 34-year-old has thrown down the gauntlet to his title rivals in ruthless fashion after leading all the way in Saturday’s season-opener, wrapping up a milestone career success from Lowes, who narrowly got the better of Pata Yamaha’s Toprak Razgatlioglu on the last lap to claim second place.

ea said: “We reached 100 race wins today and it was done with a lot of hard work. Over the off season Kawasaki really dug in with a new bike and we were able to make a step. “Also in the off season I worked really hard on myself and I know I improved in all areas.

“I was born with the dream of racing motorbikes, and going with my parents to ride around Motocross tracks in 1993, ’94. The history is mad,” he added.

“Each and every race win is special, and I have never been a statistics guy, but when I was closing in on 100 wins that was a big goal.

“It is such a cool number and a career landmark. I am very proud of it.”

Rea, who started from pole position after setting a new lap record in Superpole qualifying, shot into the lead on his Kawasaki.

The six-time champion set a hot pace from the off and was pursued by Lowes, who made a strong start from the second row.

After five laps, the Kawasaki duo had already opened a gap of over three seconds to Razgatlioglu and Scott Redding (Aruba.it Ducati), with Chaz Davies in close contention on the Team Go Eleven Ducati.

As the race progressed, Rea gradually began to edge away from Lowes, pulling a gap of 1.6s with nine laps to go.

Razgatlioglu was soon on terms with Lowes and the Turkish rider seized his chance to snatch second place from the Briton, with Davies following in their wheel tracks on his Ducati in the battle for second.

Redding was a few seconds back in fifth position as last year’s championship runner-up fell into the crosshairs of Team HRC’s Alvaro Bautista and American rider Garrett Gerloff on the GRT Yamaha.

With Rea now four seconds clear in the closing stages of the race, a furious battle developed for the runner-up spot between Lowes, Razgatlioglu, Davies and Redding.

On a thrilling final lap, Lowes and Razgatlioglu swapped positions as they fought tooth and nail, but it was Lowes who got the verdict on the line from Razgatlioglu, with Redding pipping Davies for fourth.

Honda rider Bautista crashed out unhurt at Turn 2 on the final lap, while Northern Ireland’s Eugene Laverty was a retirement on his race debut for the RC Squadra Corse BMW team. 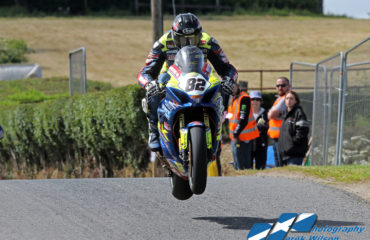 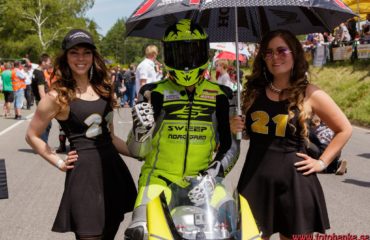