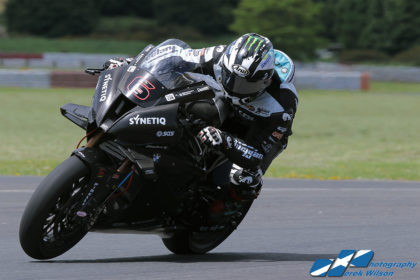 Michael Dunlop will compete in his first road race in almost two years as he returns to his home patch at Armoy this month to bid for a record ninth ‘Race of Legends’ victory. The Ballymoney man is set to ride the new SYNETIQ BMW M1000RR for Northern Ireland’s TAS Racing team at the event from July 30-31, which will be the first Irish national meeting of the year.
Dunlop did not compete at last September’s Cookstown 100, the only Irish road race that went ahead in 2020, and has not been in action on the roads since the 2019 Classic TT.
However, the 19-time Isle of Man TT winner has been busy this year, participating in numerous tests and competing at the Daytona 200 for the first time in March, plus last month’s British Superstock 1000 round at Oulton Park and the opening Ulster Superbike meeting of the year at Kirkistown in Co Down last weekend. Dunlop will also compete in the Supersport class on the MD Racing Yamaha R6 at Armoy and is entered in the Senior Classic race on an exotic 500 MV Agusta, when he will go head-to-head with old rival Guy Martin who is down to ride his BSA Rocket-3.
A glittering line-up has been secured for the Co Antrim race, including Derek Sheils on the Roadhouse Macau BMW; Derek McGee, Michael Sweeney, McAdoo Racing’s Adam McLean and Darryl Tweed, Davey Todd (Wilson Craig Racing) and Burrows Engineering/RK Racing riders Paul Jordan and Mike Browne.

Armoy Clerk of the Course Bill Kennedy told the News Letter: “Michael is coming back to defend his title at Armoy on the SYNETIQ BMW and he is also entered on a 500 three-cylinder MV Agusta in the Classic race, with Guy Martin riding a BSA 3.
“We’re very excited by the line-up for the whole race programme and it’s all building up for a great day’s racing at Armoy.
“As well as Michael, you’ve got Derek Sheils, Derek McGee, Davey Todd, Adam McLean, Paul Jordan, Michael Sweeney, Joe Loughlin and Darryl Tweed. It’s a strong line-up for the first Irish road race of the year and they will all be there to win,” Kennedy added.
“We just hope for a good, dry day now because everything else is in place and we’ve put a lot of hard work into getting the event up and running this year. It’s been difficult and challenging for the club but we’re almost there.”
Kennedy and the Armoy Club have been working feverishly behind the scenes in order to ensure the event complies with the necessary Covid-19 mitigations. The cap on 500 people at outdoor gatherings was lifted earlier this month, although Kennedy remains uncertain over the final maximum permitted crowd numbers.
“Obviously the meeting will still be run under restrictions and we’re still talking with the Department for Communities,” he said.
“Whilst there will be increased numbers of people permitted, we’re still not sure what the figures will be yet but we hope to have that sorted out by the end of the month.
“I want to appeal to everyone coming to Armoy to take care of themselves and follow the guidelines and instructions in the programme. Parking has been zoned in order for people to spectate from certain viewing places around the course and we’d ask spectators to get to the circuit an hour before the roads close and remain in their places throughout the day,” Kennedy said.

“The simple message is that you need an admission armband and programme to gain entry and we would appeal to anyone who hasn’t booked online not to turn up at Armoy.”
Roads will close for practice on Friday, July 30 at 12.30pm, re-opening no later than 9.30pm. A Supersport 600 and Lightweight Supersport race are scheduled after practice.
On Saturday, July 31, roads will close at 10am sharp, re-opening no later than 7.30pm.
Highlights of the races will be shown on BBC1 NI on a date to be confirmed. 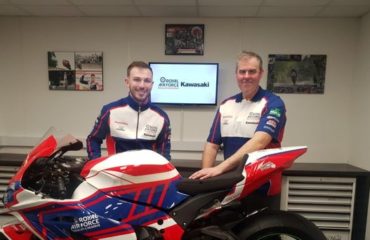 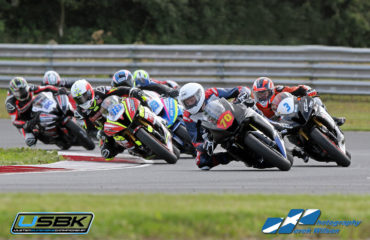 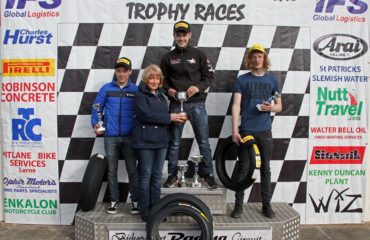