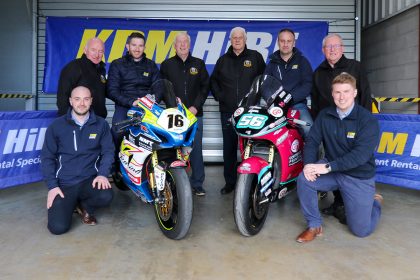 The 2022 KDM Hire Cookstown 100 will take place on Friday and Saturday 22/23 April. This year will be somewhat special, as the organizing club is celebrating their 100th birthday!

From its small beginnings in 1922, the Cookstown & District Motor Cycle Club hold the honour of being the oldest road race on the island of Ireland. The first event took place as a 30-mile event on Thursday 15th June 1922, which also means the Cookstown race is four months older than the Ulster Grand Prix, which was first held on Saturday, October 14th 1922.

The Cookstown and District Motor Cycle Club was formed at a meeting held on the evening of Saturday, February 11, 1922, on the premises of Mr James Fearon in Cookstown, a small, but popular public house situated on the main street of Cookstown, known to many locals as ‘Boss Fearons’!

According to an article that was published in the official programme for the 1956 Cookstown 100, the founding members of the club were: James Fearon, Thomas McGucken, Bob Stevenson, and the three McKeown brothers, Joe, George and John.

Looking ahead to the race, the club have been very busy, with Covid restrictions being relaxed, The club have been able to organize events to mark this unique Centenary, beginning with a ‘Centenary Memorabilia Exhibition’ which begins tomorrow ( Thursday 7th) in the Burnavon, Burn Rd Cookstown. This exhibition will have photos from the past, various pieces of old Cookstown 100 paperwork etc, along with motorcycles, which were part of the 100-year history of the event. This will be open each day ( excl Sundays) until 24th April, and admission is free.

The Annual Church Service returns this year, and, will take place at Orritor Church on Sunday 10th April at 3.00 pm. The club have also brought back the popular Classic Bike run, which will take place on Tuesday 19th April, starting from the Burn Rd car park in Cookstown, this controlled run will leave at 7.30 pm.

Wednesday evening will see something different, the first staging of a minibike demo, staged by the ‘Junior’ Riders from the Irish Mini Bike Championship club, here you will be able to see riders from 6 years of age, onwards, put their wee bikes through their paces, something not to be missed, this starts at 7.00 pm.

Thursday evening, from 6.30 pm onwards, there will be a Classic Bike display on the main street, already some exciting bikes have been promised, including a 500 V Twin Honda, as ridden in the world championships by Spanish rider Juan Borga.

This then leads us onto race weekend, with the event continuing as a ‘Closed Event’, Roads will be closed from 7.30 am both Friday and Saturday. Buses will be in operation to transfer spectators from the car parks to the circuit, in a similar manner as the past two years. This year, spectators will have more freedom of movement, and on race day, the club hope to allow movement around the track between races on two occasions.

As with recent years, the club have a very busy weekend, with 17 practice sessions and 3 races planned for Friday, and on Saturday, a total of 17 races to run!

From the Czech Republic, the popular duo of Michael Dukopil and Veronika Hankocva are returning, along with ( Start Permission Permitting!) Italian Enricco Hocchi, Austrian Julian Trummer, Ivo Ladde from Switzerland and Sam Gluss from America! However, a lot will depend on these riders getting ‘Start Permission’ from their governing bodies! You can ‘Pre Pay’ for this Centenary Book, ‘Cookstown 100 hits the Ton’

This 130-page high-quality book has been brought out to celebrate the Clubs Centenary and contains over 200 photos, some unseen before, with Each year being documented from 1922 to 2021.

Interviews with various competitors from the past, as they recall their memories of the Cookstown 100, I can assure you, there are some very interesting stories!

The Word count is an amazing 122,000! The book is currently with the printers and will be released on Friday 15th April.

The in-depth history of the Club and races has been compiled by well-known motorcycle Historian, Mr Harry Havelin.

Only a limited number of books will be printed, and will of course become a ‘Collectors’ Item.

The description of the book’s make-up is ‘Perfect Binding’.

‘Once they are gone, they’re gone!’

Pre Pay and Collect £15.00 ( Collect from the race Office/ Or at race events (PM for details)

The PayPal address is; chequeredpost@gmail.com Mark Friends & Family Option, AND Include your address ( for posting)

Thank You for your purchase, & I do hope you won’t be disappointed. 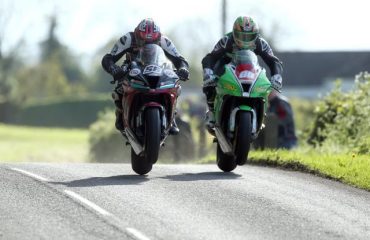 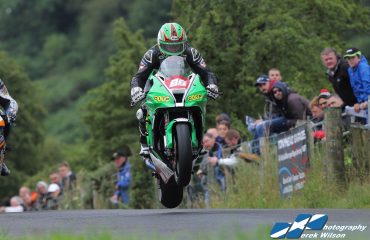 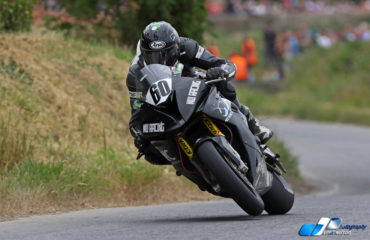