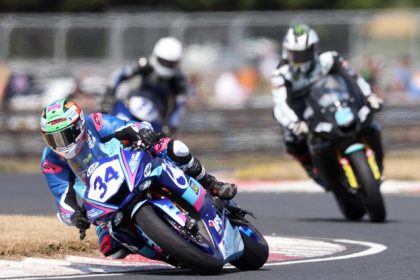 A bumper Easter weekend of domestic action kicks off on Saturday with the 46th Enkalon meeting at Bishopscourt Racing Circuit in Co Down, where Michael Dunlop and Alastair Seeley are among the entries.

Promoted by the Motor Cycle Road Racing Club of Ireland (MCRRCI), the event hosts the second round of the Ulster Superbike Championship, with reigning champion Seeley setting the benchmark on his IFS Yamaha R1.

The Carrickfergus man was unbeaten in the feature class in 2021, taking 12 wins to clinch the title, and Seeley made it 14 straight victories with another double to start the defence of his crown at Bishopscourt earlier this month.

He will also be the man to beat in the Supersport class on the IFS Yamaha R6, with Seeley a wide-margin winner in both races at the opening round.

The 24-time North West 200 winner is building towards the return of the north coast road race next month, where Seeley will continue riding the IFS Yamaha machines in the Superbike, Superstock and Supersport classes.

Dunlop, meanwhile, is entered on his MD Racing Yamaha in the Supersport races and a Honda CBR1000RR-R Superstock machine.

The recently-turned 33-year-old is gearing up for the major road races this year, when he is set to ride a PBM Ducati Panigale V4R in the Superbike class at the North West 200 and Isle of Man TT.

Two 10-lap Superbike races will decide the overall winner this year, with the trophy being awarded to the rider accumulating the most points.

Along with Seeley and Dunlop, 2019 USBK champion Carl Phillips is among the top contenders on the SBR Suzuki.

The Lisburn man won the Enkalon Trophy in 2019 and made a surprise racing return at the opening round, where he finished as the runner-up in race two after retiring from the opener.

Jason Lynn on the J McC Roofing Kawasaki plus Gary McCoy, Ryan Gibson and Mike Browne will also be eyeing the rostrum.

In the Supersport class, Cork man Browne will be hoping to make amends after crashing out of the first race at the first round, which ruled him out of the second encounter.

Mark Conlin, Christian Elkin and Joey Thompson on the Wilson Craig Honda are among the main opposition to Seeley and Dunlop.

Jeremy McWilliams won both Supertwin races at round one on the IFS/Bayview Hotel Paton and leads the championship. The 58-year-old has confirmed his return to the North West 200 in the Supertwin class from May 10-14.

Practice will take place from 9am with the first race scheduled to begin at approximately 11am. Admission is £15.

On Monday, the action switches to Kirkistown for the Belfast’s Club event, where Seeley and Dunlop again lead the line-up. Admission £10.

Meanwhile, Silverstone hosts the opening round of the British Superbike Championship. Saturday’s first BSB race is at 4.15pm. 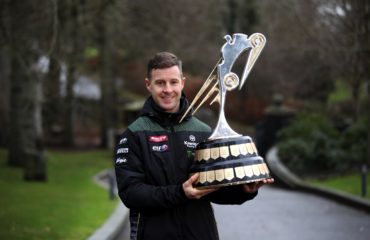 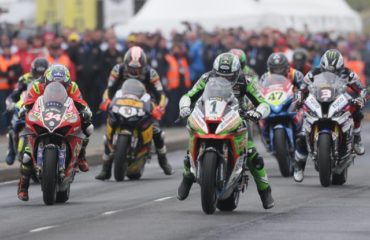 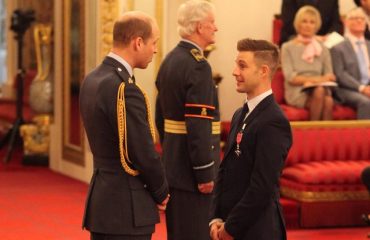