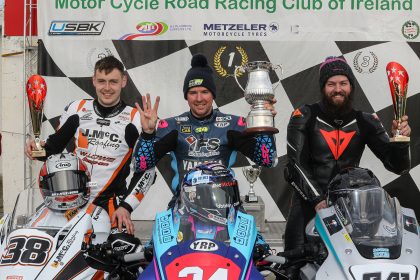 Alastair Seeley stole the show at Saturday’s 46th Enkalon Trophy meeting at Bishopscourt in Co Down as he claimed the prestigious silverware for a record fourth time.

The Carrickfergus man made it four Ulster Superbike wins from four starts this year on the IFS Yamaha R1 and also took victory in the sole Supersport race. A red-flag incident at the start of the Superbike/Supersport Cup race caused a long delay, with Ballymoney rider Rudi Paul transported to hospital. The Air Ambulance was tasked to the scene but in the end the service was not required for the injured rider, who is not understood to have sustained life-threatening injuries.

As a result of the delay, the second Supersport race did not go ahead, denying Seeley the chance of a repeat of his four-timer from the opening round at Bishopscourt a fortnight ago.

Lisburn’s Carl Phillips had been battling for the lead of the race on his SBR Suzuki but the 2019 USBK and Enkalon champion crashed out at the hairpin.

McAdoo Kawasaki rider Adam McLean was a retirement after running in fourth place.

Seeley finished the job in the second 10-lap feature race, leading all the way as he closed out his fourth Superbike win of the year on the IFS Yamaha R1 by 6.6s from Lynn, with Phillips just holding off McLean for the final podium place. In the Supersport race, Seeley was a comfortable winner on his Yamaha R6 by 2.6s from McLean, with Ballynahinch’s Kia McGreevy in third. Ballymoney man Michael Dunlop, who qualified fourth, was a retirement on his MD Racing Yamaha. Dunlop was also entered on a Honda Fireblade CBR1000RR-R but did not compete on the machine.

Gary McCoy won the first Supertwin race on the Madbros KMR Kawasaki by over five seconds from Ryan Gibson, who later triumphed in race two on his Aprilia RS660. Schoolboy Jack Burrows won his maiden Moto3 race after sliding out of the lead in the opener, while Jack Oliver and Kris Duncan secured a win apiece in the Lightweight Supersport races.

The action continues on Easter Monday at Kirkistown, where Seeley, Dunlop, McLean and Phillips are among the entries. Admission is £10. 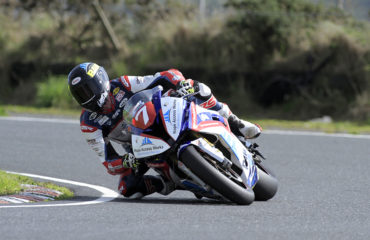 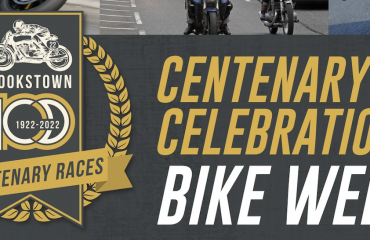 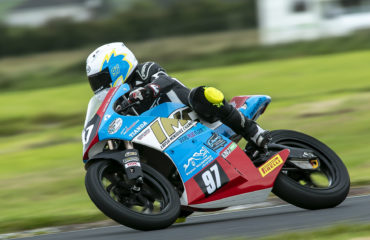