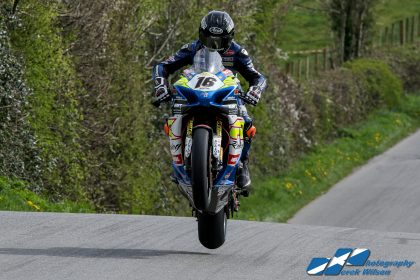 Mike Browne has been ruled out of next weekend’s Tandragee 100 and is a major doubt for the North West 200 and Isle of Man TT following a crash at Saturday’s centenary Cookstown 100.

The Burrows Engineering/RK Racing rider was involved in an incident on the first lap of the opening Superbike race after a coming together with Michael Sweeney on the exit of Gortin corner.

Browne went down and was struck by Paul Jordan, who was unable to take any evasive on his 600 Yamaha. The Republic of Ireland rider sustained two broken ankles in the crash and could require surgery on one of the breaks. Jordan was also taken to hospital with Browne for checks but later revealed that he was relatively unscathed.

Browne had earlier won the Moto3/125GP race by a wide margin and claimed a podium in the Supersport race in second place behind McAdoo Kawasaki’s Adam McLean.

“I’m very disappointed to start the season in this way,” said Browne, who was gearing up for his debut at the North West 200 this year. “I got a good launch off the line on the Superbike and was second into the first corner behind ‘Micko’ – we came together and down I went. It’s likely I will miss the North West 200 which I’m gutted about.

“The TT is five weeks away and I will be doing everything I can to be fit for it, but I will only go if I feel safe and ready to do so.”

Browne’s misfortune is a setback for the Dungannon-based team, with the Cork man the sole rider on the roads this year for John Burrows.

There is now a possibility Burrows will look to bring in a guest rider to promote the team’s sponsors until Browne returns to full fitness.

“Obviously, I’m gutted for Mike to crash out of the Superbike race where I knew he would have a good shot at a win,” Burrows said.

“It was a racing incident and that’s it. The team and I are fully committed to Mike and the bikes will be ready for him when he is fit. I may look into having a guest rider or two until Mike gets fit, purely to showcase our sponsors and keep the team presence in the paddock, but it is not at the forefront of my mind right now.” 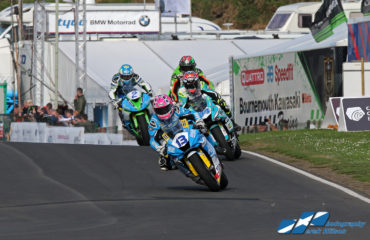 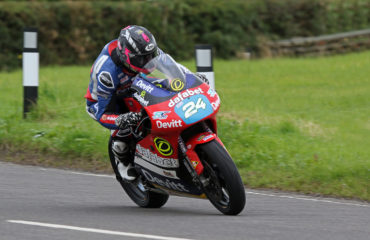