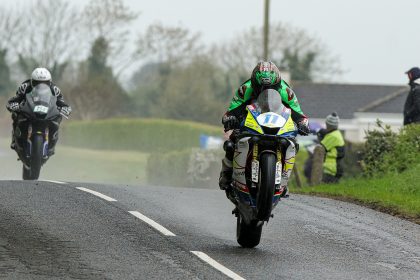 The 6oth anniversary of the Tandragee 100 was abandoned after only three races due to circuit conditions.

Following a glorious day for practice on Friday, race day was in complete contrast with steady rain falling all day. Due to the bad weather forecast the organisers had re scheduled the race programme .

A diesel spill on the circuit added to the drama before racing had even started causing the first lengthy delay to proceedings as the organisers worked to clean it up.

As time was running short, race lengths were cut to four laps but this to was in vain as only three races eventually took place, first out was the Junior classic bikes which was won by Barry Davidson who narrowly beat Nigel Moore.
The reprogrammed Open Superbike race was next up but was red flagged on the second lap when Forrest Dunn crashed out heavily but escaped serious injury. The incident causing another long delay due to debris on the track. Youngster Jack Oliver took the win in the Junior Support race ahead of Michael Gahan and Johnathan Watt. Dominic Herbertson who was standing in for Burrows Engineering RK Racing Mike Browne who was sitting this one out due to injuries sustained at last weeks Cookstown Road races took the victory in the Supersport race ahead of Skerries Michael Sweeney, Sweeney had taken the lead when another red flag incident occurred but with the red flag rule going back a lap Herbertson was declared the winner with Sweeney second and Czech rider Michal ‘Indy’ Dokoupil third. As all three red flag incidents happened at the same part of the circuit, the same part as the earlier reported diesel spill, and with the weather conditions showing no sign of improving the Clerk Of The Course took the decision to abandon the meeting.

Not the ideal conclusion for the Tandragee clubs 60th Anniversary Races. 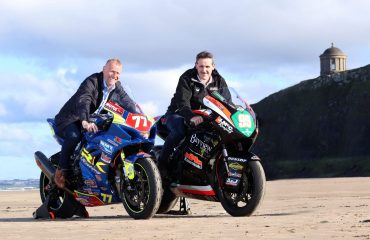 North West 200 Race Week to return on May 8-14, 2022 as fonaCAB and Nicholl Oils renew title sponsorship. 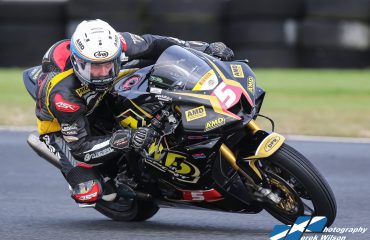 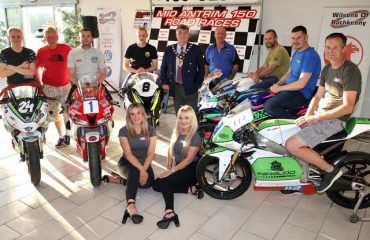