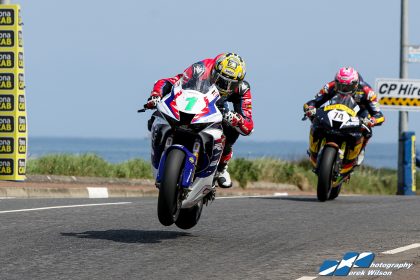 Glenn Irwin toasted his second North West 200 Superbike double last night and hailed a ‘dream day’ on the north coast after chalking up a record six wins on the spin in the premier class.

The Honda Racing rider gave the Fireblade CBR1000RR-R a perfect roads debut as the biggest motorcycle race in Northern Ireland returned for the first time since 2019.

In warm sunshine and under blue skies, the Carrickfergus rider edged out hot property Davey Todd (Milenco by Padgett’s Honda) by two-tenths-of-a-second to prevail in the Superbike opener, and Irwin sealed his brace in the headline seven-lap finale, streaking clear around the famous 8.9-mile course to take the chequered flag by 2.4s from impressive Nottingham man Richard Cooper on the Hawk Racing/Buildbase Suzuki.

A number of Irwin’s chief rivals were ruled out of the top-of-the-bill Superbike encounter due to a safety issue with Dunlop’s Superbike-spec slick tyres, including form man Todd plus new outright lap record holder Peter Hickman (FHO Racing BMW) and Michael Dunlop (Hawk Racing), but the 32-year-old British Superbike frontrunner would still have been the man to beat on the official Honda. It was pole-sitter Irwin’s second NW200 Superbike double following his Superbike clean sweep on Paul Bird’s Ducati in 2018, extendeding Northern Ireland’s unbeaten winning streak to 10 years, with John McGuinness the last rider outside these shores to win a Superbike race at the event in 2012.

Overcome with emotion when the job was done, Irwin reflected on a memorable day that showcased the North West 200 at its awe-inspiring best.

“When I came here I’d had success before at the North West 200, but to come here with Honda was something else and we arrived at a time where my BSB career has taken a huge step forward, so we arrived probably with me riding the best I have ever ridden,” he said.

“You do put pressure on yourself, you’ve won here before and you feel like you can do it again, but it never works like that – you have to fight for it and you can’t be complacent.

“Fair play to my team, today has just been a dream.

“We came here to win the big ones and the level here is so high, so to win both the Superbike races this year and lead that calibre of field is such a good feeling.

“The last lap of the feature Superbike race was incredible, it was so overwhelming with the support out there along the course.”

Irwin now turns his focus back to the British Superbike Championship with round three at Donington Park next weekend.

He will then set sail for the Isle of Man to make his debut around the TT Mountain Course two years later than planned, after coronavirus forced the cancellation of the event in 2020 and 2021. 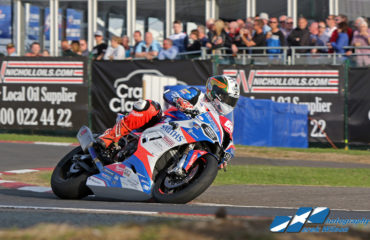 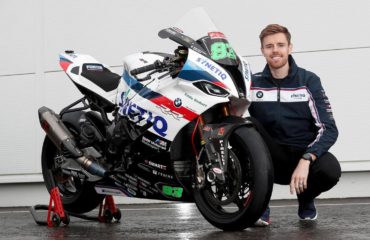