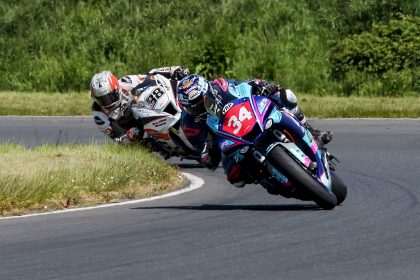 Seeley takes another 4 wins at Kirkistown.

Alastair Seeley continued his dominance of the Ulster Superbike Championship. The Carrickfergus man added to his tally with another two superbike and two supersport wins this weekend at round four of the championship held at Kirkistown Race Track.

He didn’t however have it all his own way being pushed all the way in both of the 600 races by Eunan McGlinchey. McGlinchey who has recently returned to the local racing scene after parting company with Gearlink Kawasaki in the British Supersport Championship replaced Adam McLean on the McAdoo Kawasaki machines. He gave Seeley the biggest challenge to his unbeaten run. The first of the two supersport races he harried Seeley all the way, but the reigning champion held his nerve and took the win just 0.286 in front of McGlinchey. Kia McGreevey put in a great performance in third with Christian Elkin and Gary McCoy competing the top five.

In the second outing McGlinchey pushed the Wee Wizard even harder taking the lead for a couple of laps. Seeley wasn’t for seeing his run of victories being broken and fought his way back to the front with a lead this time taking the win by 1.31 seconds, Jonny Campbell was third, Gary McCoy fourth and Kia McGreevey fifth. The opening Superbike race saw Seeley and Jason Lynn fight it out in the opening laps but Lynn who was suffering from a sickness bug dropped back in the latter stages taking the flag 3.099 seconds in arrears of the IFS man. Runner up in the supersport races McGlinchey filled the final podium step. Race two Seeley led from the off and was reasonably unchallenged throughout the nine lap encounter. His nearest rival again was Lynn, this time the gap across the line was 6.032 seconds. Gary McCoy was third and McGlinchey was fourth.

In the other classes Conor McDonnell and Jamie Boreland had wins in the Superbike and Supersport cup races.

Jack Oliver and Jamie Lyons took the victories in the lightweight supersport and MOTO 3 races. Youngster Ruben Sherman Boyd won both the moto one races and Adam Brown and Kai McClintock shared the honours in the supersport 300 class.

Gareth Morrell was the winner in the two production twin races Eunan McGlinchey had an easy win in the first super twin race with a lead of 12.694 seconds, but crashed out of the lead handing the win of the second race to Ryan Gibson. 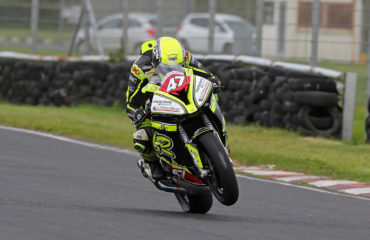 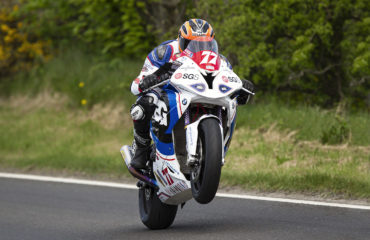 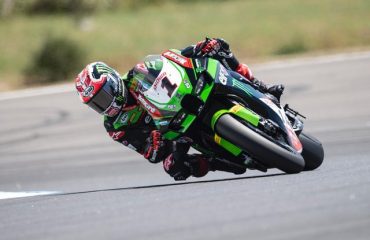