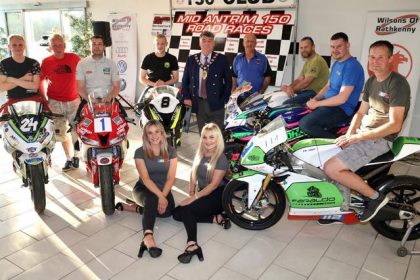 Mid-Antrim 150 Club chairman Davy McCartney is hopeful the popular Irish road race will become a permanent fixture on the calendar again ahead of the return of the Clough meeting September 9-10.

The event was officially launched at Wilsons of Rathkenny on Thursday evening and is set to be the final round of the Ulster and Irish Championships unless the Munster 100 – due to have taken place this weekend – is rescheduled for a later date next month.

The Cork road race meeting was scheduled to take place this weekend but has been called off after high temperatures resulted in melting tar on sections of the Glanmire course. With the hot weather forecast to continue, the organisers are now looking at the possibility of running the race on new dates in September.

Last held in 2016, the Mid-Antrim 150 has only taken place on a handful of occasions over the past 14 years, but McCartney believes the event is in a strong position to make a successful comeback.

Road racers Lee Osprey, Dennis Booth, Darryl Tweed, Darryl Anderson, Bruce Anstey, Neil Kernohan and Barry Davidson were joined by Mayor of Mid and East Antrim, Noel Williams and Davy McCartney of the Mid-Antrim 150 Motorcycle Club at the official launch of the event, which will take place from September 9-10.

Road racers Lee Osprey, Dennis Booth, Darryl Tweed, Darryl Anderson, Bruce Anstey, Neil Kernohan and Barry Davidson were joined by Mayor of Mid and East Antrim, Noel Williams and Davy McCartney of the Mid-Antrim 150 Motorcycle Club at the official launch of the event, which will take place from September 9-10.

“It’s been a long battle to get back,” he said.

“In 2016, the weather that we got really hit us hard on the day and that almost wiped the club out.

“But thanks to the Neil and Donny Robinson Memorial meeting and our short circuit races, plus the efforts of our hard-working club members, we have got ourselves back to this position where we can run the Mid Antrim 150 again.

“It’s still all the original members of the club involved and we’ve waited until we felt we were in a position where we could bring the race back, and keep it going.

“Things are going well and it’s going to be a busy month ahead now in the run-up to the event,” he added.

“We have new sponsors coming on board like Maine Surface Finishing, Wilsons of Rathkenny, Donnelly’s Rathkenny and Hel Performance, which is very encouraging for the club.

“Final preparations are under way and the main road from Corby corner to Clough village is currently being resurfaced.

“I can’t thank all of our individual sponsors enough for their support, and also the local residents and farmers who have given us their backing to go ahead with the race after six years; without their support it just wouldn’t happen.”

McCartney has been encouraged by the response from the riders and revealed that a number of parade laps will be held on both days, with Bruce Anstey and Ryan Farquhar set to take part.

A number of top names have been confirmed for the race including Derek Sheils, Michael Sweeney, Mike Browne and Darryl Tweed, although Adam McLean has yet to make a final decision on his participation.

“This year is also the 12th anniversary of Victor Gilmore’s crash. I was personally involved with Victor, so we are planning a memorial parade lap in his memory on the Saturday.

“We don’t have all of our entries in yet, but so far we’ve got Derek Sheils and the McAdoo team, Michael Sweeney, Mike Browne – all the usual suspects. We’re also hoping that Dominic Herbertson will be there too.

“The riders love the Clough circuit and they’re glad to see it back again this year. We’ve had a good response from them and most of the usual suspects will be there.”

“We’re very fortunate to have Maine Surface Finishing as our main sponsor, and they will be sponsoring both Superbike races.”

This year, a few changes have been made to the 3.5-mile Clough course, including the removal of the chicane in the village, while the start/finish area has also been relocated.

McCartney said: “There’s been a few changes to the course and the start/finish has been moved to just after Wade’s Mill on the approach to the village, and the paddock will now be back up in the field just before the school as you come into the village.

“We have removed the chicane at the school, so it will just be a straight run through to the hairpin in the village.

“We’re very hopeful of a good weekend and hopefully people will come out and support us. Our programmes are available online and we’ll be operating under a controlled area scheme with official car parks.

“Anyone buying a programme will have access to the car parks under the club’s control, which gives entry on both days.

“We’re hoping the weather will be kind to us in September and those dates were the best option for us – it’s the same weekend that was used for the Cookstown 100 last year,” he added.

“We were unsure over our traditional August date because we didn’t know if the Ulster Grand Prix would be back this year, plus there was Phillip McCallen’s classic event at Bishopscourt.

“I think having the last road race of the year in September will be a good way to end the season.

“The main thing is to have a safe and enjoyable weekend and all being well it will be a success and we can build on it for next year.” 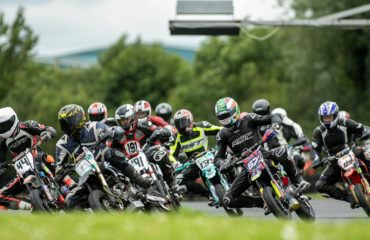 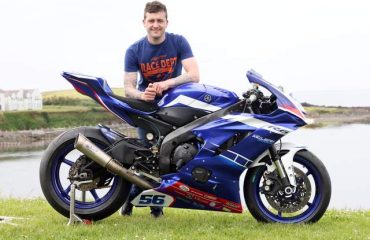 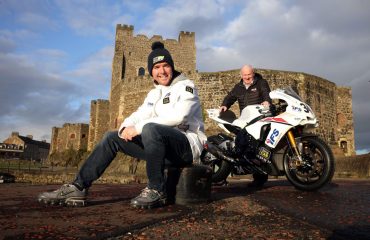