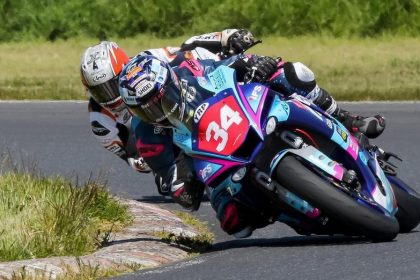 The penultimate round of the Ulster Superbike Championship takes place on Saturday at Bishopscourt in Co Down where Alastair Seeley is on the cusp of retaining his title.

The Carrickfergus man only needs a top-six result on the IFS Yamaha R1 at the County Down circuit to win the Superbike Championship for the second successive year.

The record 27-time North West 200 winner is a red-hot favourite in the Superbike races at the Enniskillen Club’s short circuit event, when former British champion Seeley will renew his rivalry with McAdoo Kawasaki’s Eunan McGlinchey. Alastair Seeley is on the verge of winning the Ulster Superbike Championship for the second year running on the IFS Yamaha R1 at Bishopscourt. Picture: Derek Wilson

McGlinchey is third in the Supersport championship despite only joining the campaign at the fourth round and has won three times this season, including a victory at the previous round earlier this month at Kirkistown.

McLean has been right in the mix when he has made selected short circuit appearances this year and the Tobermore man twice finished hot on the heels of McGlinchey and Seeley last time out. Cookstown’s Gary McCoy lines up in the Supersport and Superbike classes and is also entered in the Supertwin races, when McGlinchey will take all the beating on the McAdoo Kawasaki.

Banbridge man Gibson leads the championship by 97 points on the Aprilia from Kris Duncan and is on course for the title.

The Enniskillen Club’s USBK round was switched to Bishopscourt Racing Circuit as an alternative to St Angelo in Fermanagh.

Qualifying is due to commence from approximately 9am, with racing from 11.30am. 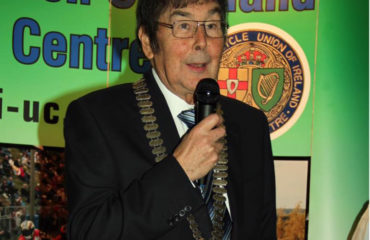