The prestigious Sunflower Trophy has been won by some of motorcycling’s greatest names over the past four decades.
Run by the Hillsborough Club, Ireland’s foremost short circuit meeting returns this weekend at Bishopscourt Racing Circuit near Downpatrick in County Down after a three-year absence.

Carrickfergus man Alastair Seeley and Richard Kerr from Co Donegal will be aiming to capitalise on the chance to add their names to the coveted silverware, with this year’s event lacking some of the big-name British Superbike riders who have been associated with the showpiece meeting in the past.

Ulster legend Joey Dunlop and six-time World Superbike champion Jonathan Rea are among the previous winners of the Sunflower race, which was held for the first time at Aghadowey in 1977. Michael Laverty won the Sunflower Trophy a record six times, including four times in a row from 2002-2005. Laverty is pictured with the new trophy and the old one, which he got to keep after his fourth win on the trot in 2005 at Bishopscourt.

Toomebridge man Michael Laverty, now a MotoGP pundit for BT Sport, won the trophy a record six times – including four times in a row from 2002-2005 – while the great Steve Hislop clinched the spoils in 1995 at Bishopscourt and again in 1999, when the race was held at Kirkistown.

Who will join the illustrious roll of honour this weekend? Nottingham’s Richard Cooper won the Sunflower Trophy for the first time in 2018 on the Buildbase Suzuki at Bishopscourt. Glenn Irwin (Be Wiser/PBM Ducati) on his way to winning the Sunflower Trophy race for the second time in 2017 at Bishopscourt.
1986 (Aghadowey) Alan Irwin 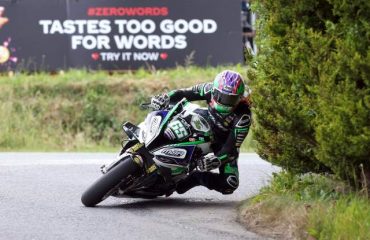 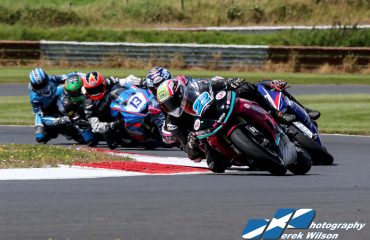 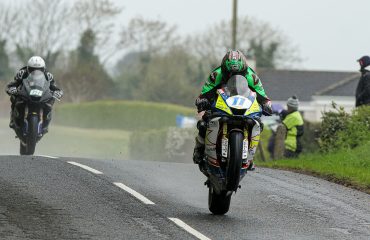